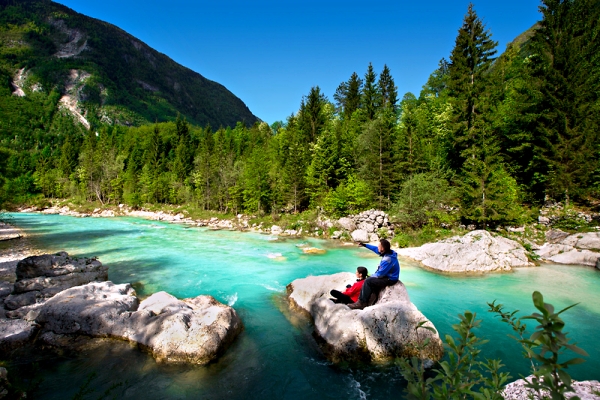 A land of lakes, storybook scenery and castles, Slovenia is a fairy tale come to life. Add in charming rustic culture, sophisticated cuisine, romantic towns, seaside resorts and welcoming locals, Slovenia offers something for everyone. And the best thing is, you can see it all in a relatively short amount of time.

Right in the heart of Europe, tucked between Italy, Austria, Hungary, and Croatia. Slovenia has for too long been overshadowed by its popular neighbours. Although small, Slovenia packs a lot into its diminutive proportions. You don’t have to choose between swimming in a cool Alpine lake or the Mediterranean  – you can do both on the same day! 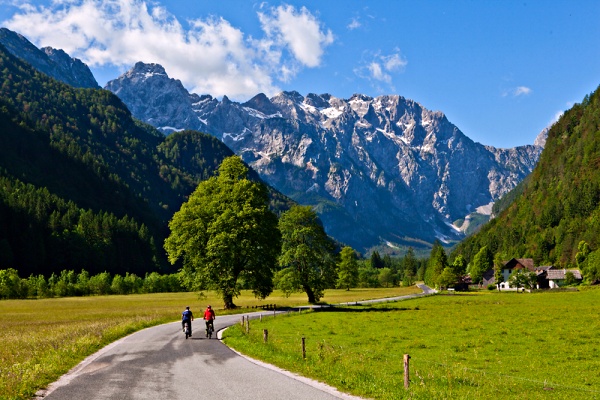 As the only country that combines four of Europe’s distinct geographical features – the Alps, the Mediterranean, the Pannonian Plain (a lowland basin) and the Karst (a rocky limestone region) – Slovenia boasts landscapes so perfect, they practically ache to be hiked, canoed or traversed in whichever way you see fit. Maybe you need some more inspiration..

We’d love to help plan your trip! Take a look at some of our favourite options below or have a look and some more of our holiday ideas to whet your appetite. But better still email or call us on 0207 112 0019 to test out our knowledge…

Take a peek at some of our favourite itineraries that take in everything from the unmissable highlights to the lesser-visited hidden gems.

The itineraries below are here to inspire you but almost everything we do is tailor-made, so give us a call and we will plan your perfect trip.

Highlights of Slovenia 7 Day Self Drive

Explore some of the best destinations in Slovenia with this 7-day self-drive highlights of Slovenia itinerary. Enjoy charming Ljubljana, fairy tale Bled, the Julian Alps, castles and caves. Continue through the hit the brakes scenery of the Soca valley. Then marvel beautiful Lipizzaner horses and enjoy the splendour of the Adriatic coast.

Why choose between the sea and the mountains? In Slovenia, you can have it all! Children will feel as if they are part of a fairytale, while parents will enjoy the relaxing thermal spas.

Is this the most romantic lake in the world?
Framed by the snow-capped mountains of the Julian Alps and overlooked by a medieval castle complete with turrets, Lake Bled could have been brought to life from the pages of a fairy tale. But like all good fairy tales, this too ends with a love story. Yours!

A Gastronomy Tour of Slovenia

Fast becoming a top culinary destination. Learn about and enjoy local Slovenian fare on this private tour. Your driver and tour guide will show you the diverse range of cuisine as you get a behind the scenes look.

A Wellness Tour of Slovenia

Explore beautiful Slovenia and rejuvenate with the power of nature. Discover the stunning Julien Alps, Lake Bled, the Adriatic Coast and the Karst region and most importantly, Slovenian Thermal water!

Fields of wildflowers, and a festival to celebrate them, plus fantastic food … The mountains of Slovenia really are bursting with life!

From Mountains to the Sea

Can’t decide between a holiday high in the mountains or chilling by the sea? In Slovenia, you can easily do both!
Spend the first half of your holiday taking in the stunning mountain peaks, glacial lakes, and clear blue rivers and the second half relaxing on the glittering coast of the Adriatic.

Offer support every day before you fly and on holiday

I am your Slovenia personal travel expert. We’ve spent months in the country to make sure you get the best out of the few weeks you have

Lake Bled is one of the most visited attractions in Slovenia. The beautiful views of the lake and the small island it surrounds brings thousands of visitors every year. The best way to reach the island is taking a pletna, a traditional gondola in the Bled area. Once on the island, visitors must walk up ninety-nine steps to reach the island’s church. It is considered good luck to ring the church’s bell when visiting the island.

Slovenia's capital city is as romantic and charming as they come—and clean, having been named the “Green Capital of Europe 2016” by the European Commission. Stroll through the pedestrian-only Old Town, sip coffee by the leafy banks of the Ljubljanica River, or take in the baroque architecture and hilltop sixteenth-century Ljubljana Castle.

Slovenia's second-largest city is provincial and charming, with a medieval Old Town, pedestrian-only central streets, and a skyline defined by orange roofs and rolling hills. The town is also the site of a glorious landmark: "the oldest vine in the world." Stara Trta (literally "Old Vine") is more than 400 years old, and is a symbol of the rich wine culture in Maribor.

Situated on a picturesque peninsula on the Adriatic coastline, Piran is one of Slovenia's most beautiful cities. Its pedestrian-only Old Town is reminiscent of Venice in miniature, with Gothic architecture, alfresco wine bars, narrow alleyways, and glowing sunsets.

Lipica Stud Farm has been breeding Lipizzaner horses since the sixteenth century. Once used by royals for their private stables, the farm is now open to visitors and allows them to admire this beautiful breed of horse. When visiting the Lipica Stud Farm, guests can stroll through the barns and join one of the farm’s guided tours. Three times a week the Classical Riding School performs, and guests can see the Lipizzaner horses in action.

The Triglav National Park, named after the country’s tallest mountain, is the only National Park in Slovenia. With beautiful views of the mountains, hills, lakes, rivers, and pastures, this park is a nature lover’s paradise. Aside from hiking, Triglav National Park offers great activities such as kayaking, rafting, skydiving, and parasailing.

Slovenia main airport, Jože Pučnik Airport, is located just outside its capital city and is well served by international airlines.

A small regional airport, Trieste in Italy is located about an hour away from Slovenia’s seaside resort town of Portoroz. Ryanair flies to and from Trieste multiple times a week from Stansted Airport.

The Salt pans in the Sečovlje Salina Nature Park are one of the few places in the world where sea salt is still produced by using a centuries-old method. When walking on the park trails, visitors can observe salt being harvested manually by local workers.

Planica is home to the biggest ski jumping hill in the world. For over twenty years it has hosted one of the most important ski jumping competitions in the world. In 2015 Planica received a much-needed update, and the new Planica Nordic Center was built. Aside from the ski jumps the center also features an athletics stadium, a zipline, a wind tunnel, cycling and walking paths, and a visitor’s center. Planica zipline has the steepest descent in the world, which creates the sensations that ski jumping champions feel when flying through the air.

Do you fancy having a chat about Slovenia? Personally, it's one of our favourite things to talk about.