All the excitement of adventure, without the anxiety 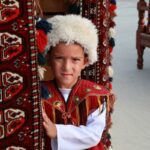 Fleewinter really made our trip memorable. It was so easy and they choose the right traditional hotels and tours and cities to experience, the trip just opened our eyes to a completely different culture. 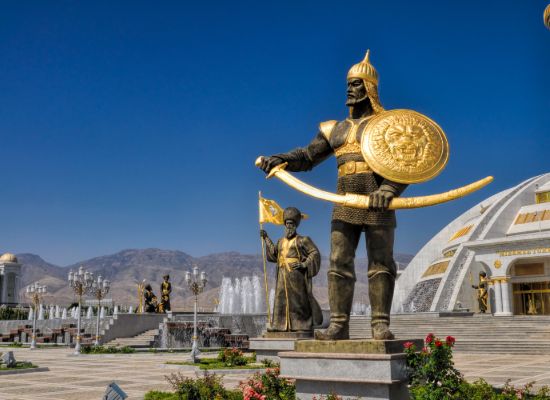 The Karakum Desert, ancient Silk Road cities and the chance to stay in a yurt and meet semi-nomadic people, Turkmenistan promises adventure. Until recently, this was the last frontier and the outpost of the old Soviet Empire.

Turkmenistan is home to around 4.5 million people, many who trace their descent from nomadic tribes from the Altai Mountains above Mongolia in the 5th Century AD. The chance to meet the local people and see the traditional Turkomen dress will be one of life’s memorable moments, think huge sheepskin hats, long coats and sturdy boots ready to boost them onto their horses. 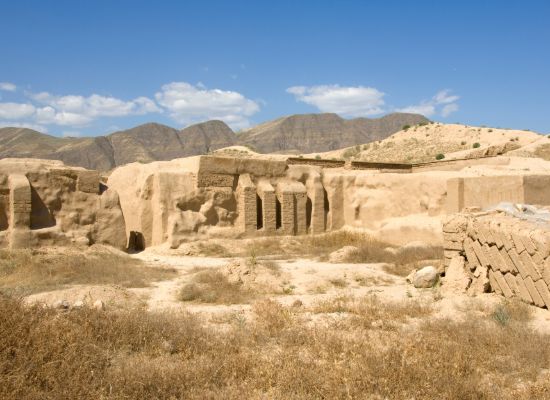 Rich from gas and oil money, Turkmenistan’s capital Ashgabat is home to gilded marble palaces, gold statues and grand squares and boulevards. In contrast, you can venture into the Karakum Desert or visit the Darvaza Gas Crater, spewing flames from its post-apocalyptic landscape.Whether you are looking for a cultural tour to discover this interesting country or a 4WD jeep safari to see the Darvaza crater in the Karakum Desert, here at Fleewinter we can plan your perfect tailor made tour.

Our tailor-made holidays offer you complete freedom of choice. We can help you to create your ideal itinerary that reflects your personal interests, taste in accommodation and mode of travel. Our team have vast experience in planning complicated, in depth itineraries not just to one country but a combination of several.

Below are a selection of our favourite suggested itineraries in Turkmenistan and Central Asia, that can be tailor-made for you.

Ancient Sites of Turkmenistan from Ashgabat

A short tour which is the perfect introduction to the world-class ancient sites located in this little-visited country.

Little visited, Turkmenistan is quite different to its Central Asian neighbours and this cultural tour is a great way to become acquainted with its mix of ancient and modern sites.

The Remote Lands of Turkmenistan

This eleven day tour takes you on an epic adventure around one of Central Asia’s most mysterious and least-visited of countries: Turkmenistan.

I am your Central Asia personal travel expert. I have spent months in the countries to make sure you get the best out of the few weeks you have

Ashgabat, the capital of Turkmenistan was founded in 1881 and is the starting point for most of our Turkmenistan tours. The main sights to see in this extravagant city are the statue of Lenin, the Presidential Palace, the National Museum, the mosque of Khezert Omar and Talkucha Bazaar, the largest market in the country.

Mary is the third largest city of Turkmenistan and is located in a big oasis in the middle of the KaraKum Desert. Accessible by road or air, Mary is the gateway to the ancient city of Merv and the Bronze Age site of Gonur Depe. The local History Museum in Merv is well worth visiting during your stay.

The magnificent archaeological site of Merv was once one of Central Asia’s most civilised cities and is referred to as the Pearl of the East. This is a vast site of 125 square kilometres and due to its location along the Great Silk Road Route, several cities have existed on the site of current Merv.

Darvaza gas crater (known locally as the Door to Hell) should be on anyone's ‘bucket list’ and is just over half-a-days drive from Ashgabat or Dashoguz. Your journey to Darvaza gas crater takes you deep into the desolate Karakum desert, where you can camp next to the crater and enjoy views of fire and flames erupting in the middle of the desert.

Located about 3 hours drive from Mary, Gonur Depe was the largest of dozens of scattered Bronze Age sites established here in the early second millennium. In the 1990s, archaeologists discovered a huge necropolis dating back to the 3-2 millennia B.C.

This morning fly to Turkmenbashi, a major port on the Caspian Sea. On arrival explore the city, visiting the local Fish market and the seaside at Awaza - a popular resort on the eastern coast of this huge inland sea.

The Yangy Kala Canyons are one of the most spectacular attractions in the country. The stunning flame coloured canyons are a mix of vibrant colours from of white, yellow and red with sheer cliffs rising from this ancient land. In your 4WD jeep drive through the so-called ‘Grand Canyon’ before heading north to the sparkling canyons of Yangysuw.

Close to the Uzbekistan border, the World Heritage Site of Kunya-Urgench is well worth visiting and was once a glorious capital of the medieval Khorezmshah Empire, the largest Muslim empire of the late 12th and early 13th century. Places of interest include the 15th century mausoleum of Turabeg Khanum and the 12th century mausoleum of Sultan Tekesh.

Do you fancy having a chat about Turkmenistan? Personally, it's one of our favourite things to talk about.