If you want to explore one of the world’s finest cities, relax on immaculate beaches, trek through lush rainforests and discover remote outback towns, then New South Wales might be just what you’re looking for.

Sydney bursts with natural coastal beauty and is best known for the spectacular Sydney Harbour Bridge and Opera House. Explore the wonders of the Royal Botanical Gardens, dine in world-class restaurants or enjoy a sunset sail around the harbour. 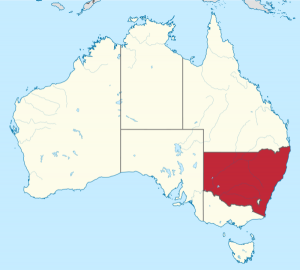 Below is a list of our favourite boutique and luxury hotels that we’ve personally vetted for your unforgettable getaway.

In the heart of Sydney lies the Harbour Rocks Hotel, a beautiful yet intimate 59 room boutique hotel, steeped in the history of the famous Rocks precinct.

Rendezvous Hotel Sydney The Rocks is a charming boutique hotel located in the heart of Sydney's famous The Rocks district.

Historic charms with contemporary style on the Sydney Harbour waterfront.

As a charming boutique hotel in the heart of the historical Oxford Street, Darlinghurst, Sydney Wattle Hotel is famous for its bohemian culture & cafe society.

Stretching across two iconic heritage-listed buildings, the 62 room boutique hotel has been constructed with attention to aesthetics and concern for retaining the interesting features of both buildings

The opening of the 5* Primus Hotel in the former Sydney Water Board headquarters has breathed new life into an iconic 1930’s building.

Each room, quirkily named after the colourful characters kicking around The Rocks in days gone by, offers unique views over Sydney’s skyline.

Located in the elegant Eastern Suburbs, this boutique 5 star hotel is an exclusive bayside retreat.

The Byron at Byron

Just five minutes from central Byron Bay, retreat into luxury in this tranquil resort set amongst 45 acres of subtropical rainforest.

Relax into elegance and charm in this luxury boutique property known for exceptional hospitality; located just steps from the beach and a short drive to the shops and cafes of Byron Bay

Experience life as a local in this lifestyle boutique property located in the heart of Byron Bay where you can retreat into a location surrounded by lush gardens for a tranquil stay.

This charming, casual and tranquil resort is located across from the beach and a close walk to central town of Byron. Rooms range from dorms to private suites with lush gardens and lovely communal areas.

Guests will feel right at home when staying at Dolphin Shores Hotel in beautiful Jervis Bay.

A boutique motel of seven rooms, with a fabulous restaurant on the South Coast of NSW.

Modern self-contained apartments located on 5 acres of gardens and just a short distance to the island's main attractions.

Do you fancy having a chat about Sydney & New South Wales? Personally, it's one of our favourite things to talk about.