Sri Lanka is a superb destination for wildlife enthusiasts. It is of course well known for Asian elephants, but perhaps less so for its leopard population which is the second densest in the world, its blue whale migration paths which run close to the south coast and also a huge endemic bird population. Conveniently 3 key wildlife locations in Sri Lanka – Yala National Park, Uda Walauwe National Park and Mirissa are clustered in the south east corner of the country. This makes for a great itinerary, including a nice stint on the beach.

From April – Oct, when the sea in the south is too rough for whale watching and Yala National Park can close due to drought, we can arrange a similar trip using Wilpattu National Park and Minneriya National Park with whale and dolphin watching in Trincomalee on the east coast. 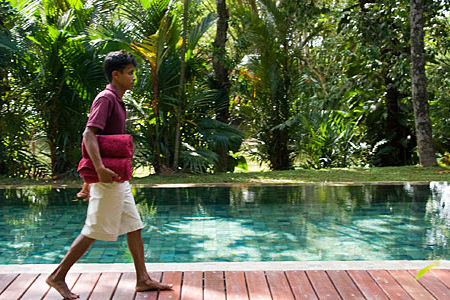 Land at Colombo International Airport and meet your private English speaking driver. Your driver will transfer you to The Wallawwa. 20 mins from the airport where you can rest and acclimatise. The Wallawwa is a smart boutique hotel that has successfully combined traditional Sri Lankan architecture with stylish contemporary interiors. 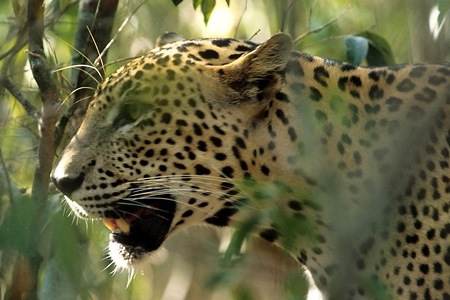 After breakfast travel back to the airport to catch a domestic flight to Hambantota on the south coast. From there it is about a 2 hour drive to the northern edge of the national park.

We recommended a tented safari with Kulu Safaris for several reasons. Firstly, the team are superb with some very experienced and knowledgeable trackers. Secondly they access the park through the north gate, whereas most of the jeep enter to the south near the larger hotels. This means you can miss the morning crowds and hopefully throughout the day as you move round the park in an opposite direction. Finally the camp is great fun. It is very much camping, but in a comfortable way with gin and tonics in cut glass and delicious food. 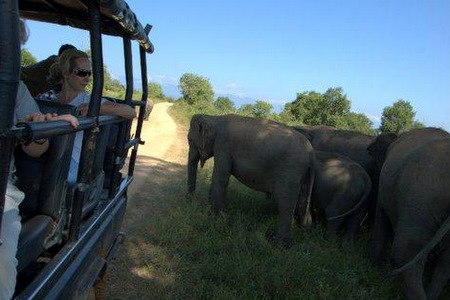 Spend the next two days on safari in the park. You will do two safaris each day at varying times, with leisure time in between. While in the park you can hope to see elephants, leopards, crocodiles, wild boar, sloth bears, water buffalo, pythons, deer and a fantastic array of bird life. 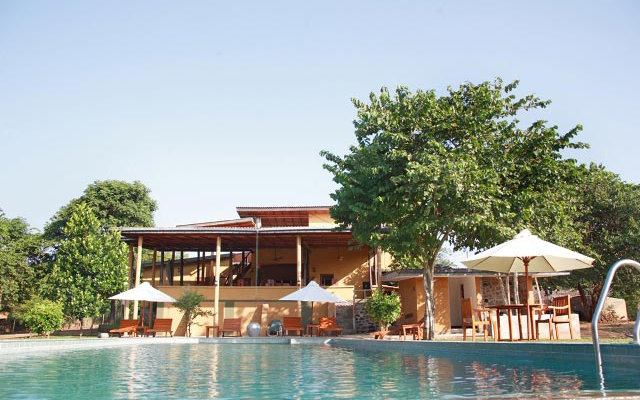 From Yala National Park you can move on to Uda Walawe National Park. This small pretty park is a natural elephant corridor where you can see asian elephants in huge numbers. Uda Walawe is also home to an elephant transit camp where vulnerable elephants are rehabilitated before being reintroduced into the park.

The accommodation options are quite limited and basic in Uda Walawe, but Kalu’s Hideaway is comfortable. We will arrange two half day safaris for you in advance and then more can be arranged once there if you like. 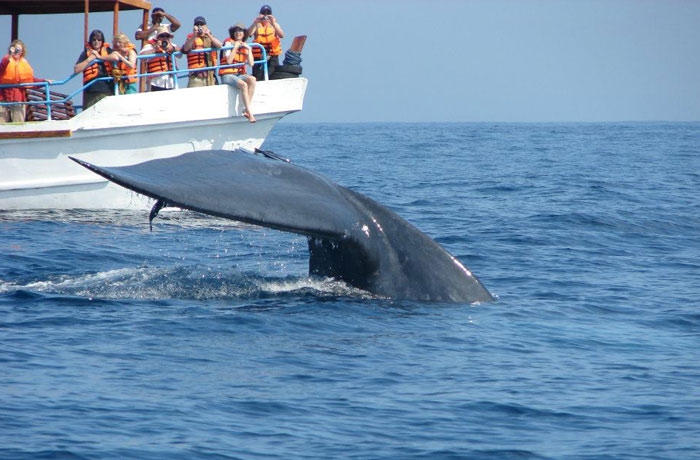 End your trip with 4 nights in Mirissa on the south coast. While there you will enjoy a whale watching excursion, snorkelling in Unawatuna, an afternoon in the UNESCO Galle Fort and a boat trip on Koggala Lake which is teaming with wildlife including crocodiles, monitor lizards and birds. You will also have plenty of time to relax and enjoy the pretty beach in Mirissa bay.

All prices correct at the time of writing and based on the low season with 2 people sharing a double room. Please call us or email us at srilanka@fleewinter.com to discuss prices for your exact dates.

Please remember this is a sample itinerary and we are happy to modify it to suit your plans. We can add or remove days and look at different places to stay.

There is only one word to describe Colombo and that is hectic! It can be fun with a handful of good shops and restaurants to explore but we wouldn't overly recommend it as the first point of call for newcomers to Sri Lanka. It isn't a must see. More

Kandy is 3 hours from Colombo and the religious heartland of Sri Lanka. It was made a world heritage site in 1988. The city's main attraction is the Temple of the Tooth, home to Sri Lanka 's most precious Buddhist relic which becomes the focus of a fortnight long festival known as the Perahera each July. Other points of interest include the Pinnawela Elephant Orphanage, Royal Botanical Gardens and the Commonwealth Cemetery. More

Originally a fishing town the long beaches of Negombo are nowadays dominated by tourists who like the short transfer times from Colombo International Airport. With a few good hotels, Negombo is a popular jumping off point for visitors but it is by far the most touristy town in Sri Lanka and so may not appeal to everyone. More

Bentota is just 2 hours from the airport and as such has a good range of facilities such as watersports and local restaurants. There are a number of larger hotels along the main beach, but your likely to have the smaller beaches to yourself. The area is ideal for families with elephant rides on the beach, banana rides year round and Kosgoda Turtle Hatchery nearby. More

Hikkaduwa is traditionally a surfer town and so has a number of laid back beachfront bars and restaurants, as well as two of the only discos on the island. We have a few accommodation options in Hikkaduwa and recommend it as a day trip from both Bentota and Galle for the glass bottom boat and chance to swim with turtles in the bay. More

Adam's Peak at 7500 ft high is the most famous physical feature in Sri Lanka and a place of pilgrimage. Sri Lankans come mainly in the month of April to pay their respects to the mountains deity Sumana, while foreigners come to admire the sunrise. The climb takes several hours and is done at night, therefore only suitable for the physically fit. More

Yala National Park on the southeast tip of the island is the most well known of Sri Lanka 's 15 wildlife reserves. Yala is prime leopard spotting territory, especially in August when the area is at its driest, but it is also home to a healthy population of elephants, sloth bears, crocodiles, wild boar, buffalo, jackal and an abundance of bird life. More

Ella has one of the best views in Sri Lanka - through the Ella Gap to the Kirinda Lighthouse on the coast 1000m below. Ella can be reached by road or rail, 7 hours from Colombo. Home to some lovely waterfalls, working tea estates and mini Adam's Peak you can happily spend a few nights in this charming little hill town. More

Home to the Kelani River, Kitugala is a pretty riverside village dedicated to white water rafting, canyoning and kayaking. More

Arugam Bay on the east coast of Sri Lanka is a surf paradise, popular with backpackers during the months of April - September. Best avoided in the off season when most of the local businesses close down. More

Do you fancy having a chat about Elephants, Leopards & Whales? Personally, it's one of our favourite things to talk about.