When to Visit Laos

Laos has one of the simplest weather patterns in Southeast Asia; with two distinct seasons. The dry season runs from October to April and the wet season is from May to September; however, it is becoming harder to predict the rainy season – in 2015, for example, the rains came late and the rainy season did not really begin until June/July.

Of course when we say ‘rainy season’ it does not rain all day, every day. In fact, it is actually one of our favourite seasons in Laos because the temperatures are perfect and everything is so green – it’s the prettiest time of year for this rural paradise but you can expect outbreaks (that are often short) of strong and hard downpours.

The early months of the wet season (May – July) remain very hot and rainfall is often short lived, whilst in the latter months (late July – September) the rains tend to get more constant and can be heavy at times, especially in southern parts of the country. Further north and in Luang Prabang, rainfall tends to be lighter  and you can often expect rain during the night or mornings with some relatively clear afternoons.

The hottest time of the year is March – June and the coldest time of the year is December and January. As to how hot and cold it is in these times really depends on the altitude of the area and if it is in the north or the south. As a general rule north, central and eastern regions are at a higher altitude than those in the south, where at its lowest.

In Luang Prabang, for example, temperatures are often around 17°C during December and January and nights and early mornings can be chilly. Once you reach March temperatures start to rise and come April and May it can peak as high as 31°C+. We do always recommend taking a jumper with you for the evenings in Laos, unless you are travelling at the hottest time of year.

This delightful Unesco-heritage protected town has some of the finest architecture, food and temples of all of Laos (as well as lots of cute boutique shops!) You could spend days in this delightful town, which has two rivers running through it, whilst exploring nearby caves, waterfalls and elephant camps.

This cluster of islands caught in the middle of the mighty flowing Mekong is the perfect place to chill for a couple of days. Cycling to waterfalls, spotting rare river dolphins, chilling in hammocks and watching the sunset over the Mekong are all in the order of the day here.

The Bolaven Plateau is not to be missed by any die-hard coffee fans! This idyllic, hilly region is where the finest coffee in Laos grows and we have some wonderful day tours on offer here - you can even spend the night at a family home on a traditional coffee plantation. Nearby Champasak has some wonderful luxurious riverside accommodation (some of the best in Laos) and a sunrise trip to Wat Phou Temple must not be missed.

The riverside capital of Laos is home to some of the country's finest restaurants, spas and cafes, not to mention a fantastic collection of boutique hotels... it is the perfect place to indulge your tastebuds and senses for a day or two. Nearby there are a number of impressive temples and cultural sights which are ideal to explore by bicycle.

Something of an outdoor lover's paradise, Vang Vieng, which is set on Nam Song River, is the perfect place for anyone seeking nature based activities - as well as some more adrenalin-seeking adventures. It's backdrop of serene cliffs and vibrant green paddy fields, coupled with an excellent selection of boutique hotels, make it the ideal place to chill for a day or two.

This fascinating wartime cave hideout is set in beautiful gardens backed by delightful karst scenery. It is ideal for those who are travelling onwards to Vietnam and crossing at the land border - or vice versa.

This mystical country is packed full of rich, vivid landscapes with forested mountains and sweeping rivers - beautifully contrasted by the brightly-dressed monks in their orange robes. Fondly known as the "Land of a Million Elephants', Laos is certainly one of the best places in Southeast Asia to connect with nature; whether you're feeding and washing elephants, spotting rare river dolphins in the south or simply lying in one of its many riverside hammocks with a Beer Lao in hand. The kind-hearted locals have a reputation of being some of the world's most laid-back people and we think it's contagious!

The Unesco-heritage town of Luang Prabang is an unmissable highlight of any tour to Laos, and we love the sleepy south which is home to a scenic mountainous coffee region and the pretty 4,000 islands of Si Phan Don, which are surrounded by the mighty Mekong River as it flows through southern Laos.

We can organise anything from zip-lining experiences over tree tops to off the beaten track coffee tours in vintage jeeps and romantic riverside sunset cruises. We've personally hand-selected our favourite boutique hotels up and down the country and have lots of ideas on how to combine Laos Holidays with Vietnam, Cambodia and Thailand. So come pick our brains, by emailing or calling on 0207 112 0019 for free advice on our favourite places to stay and how to make the most of your holiday in Laos.

Soak up Luang Prabang before exploring the nearby countryside and southern charm of the 4,000 Islands.
more 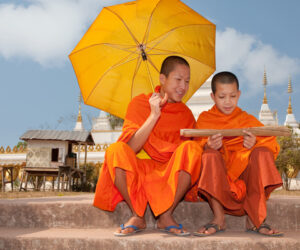 A Perfect Intro to Laos

Our ultimate tour includes the capital of Vientiane, UNESCO town of Luang Prabang, a luxury rural retreat the 4,000 islands and more.
more 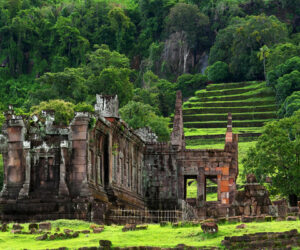 The Best of Laos

See Vietnam's bustling capital of Hanoi before unwinding on a two-night cruise of Halong Bay. From there we fly you to Luang Prabang before you explore the southern charm of Laos.
more 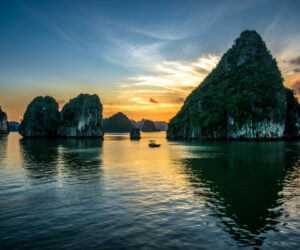 Begin your Asian adventures with the incredible temples of Angkor in Cambodia before exploring the UNESCO town of Luang Prabang and the stunning countryside around... includes a luxury rural retreat!
more 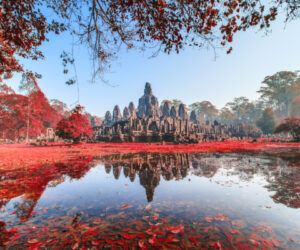