Fleewinter villa specialists offer a wonderful collection of holiday villas around St. Lucia to suit all tastes and budgets. Our range of 3 bedroom villas in St Lucia are mainly located in and around the Cap Estate in the lush grounds of the Cap Estate 18 hole golf course, affording stunning views over the Atlantic and the Indian Oceans, the island of Martinique and the national park of Pigeon Island and on the West coast in Soufrier.

LTV035 SALINE REEF is a villa with magnificent views. It is situated high above the Caribbean Sea with panoramic views to Pigeon Island National Park and also across the Martinique Channel.
more 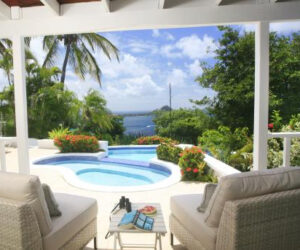 LTV016 This tropical villa, which was recently renovated, is ideally situated in Cap Estate at the Northern point of St. Lucia, on a hill overlooking the Caribbean Sea and Pigeon Island.
more 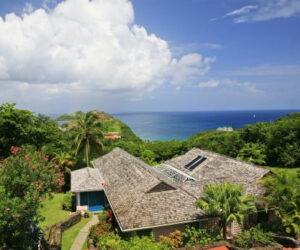 LTV024 A Spanish style villa situated on an elevated site with views of the Atlantic and Caribbean Seas and within a short drive of an 18 hole championship golf course and two beaches.
more 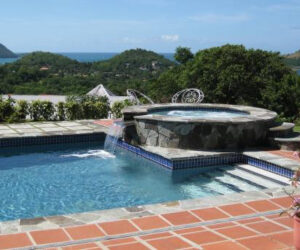 LTV027 Hummingbird is a Caribbean style three bedroom, three bathroom house tastefully renovated and refurbished. The villa enjoys a hillside site with spectacular views of the Caribbean Sea and Rodney Bay, as well as wonderful breezes from the Atlantic Ocean.
more 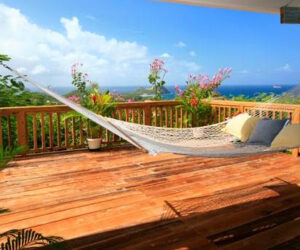 LTV078 Nestled on a hillside in beautiful Cap Estate, La Mer villa enjoys a fantastic view of the surrounding vegetation with the Atlantic and the Caribbean Sea both forming a backdrop to this picturesque view.
more 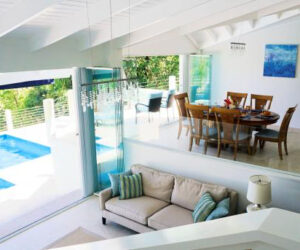 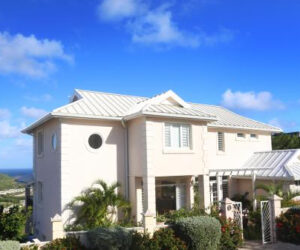 LTV059 #6 The Harbour is situated in the townhouse development of The Harbour, located in Rodney Bay within easy walking distance of Reduit Beach, the JQ's Shopping Mall and many restaurants, bars and nightclubs of Rodney Bay
more 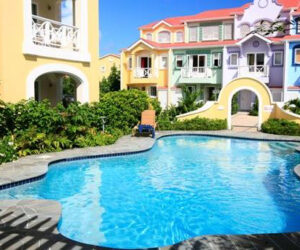 LTV033 Villa Cadasse has been recently renovated and refurbished by the new owners with a cool white Caribbean theme with splashes of bright colours. Located on a breezy hilltop, you will find dramatic views of the Atlantic Ocean over to Cas En Bas Bay.
more 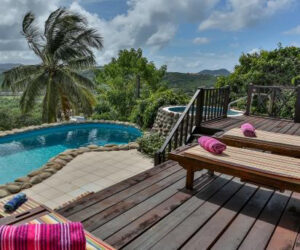 LTV074 Welcome to Villa Kessi. This two-storey, spacious villa is located on South Hill, in Cap Estate and high above the island’s only 18 hole golf course, with views of both the Caribbean Sea and the Atlantic Ocean.
more 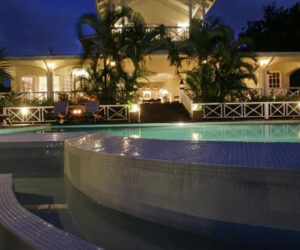 LTV023 Fairwind Villa is a beautiful Caribbean-style house located in the gated community of “Villas On The Green”, in the residential area of Cap Estate located on the Northern part of the island.
more 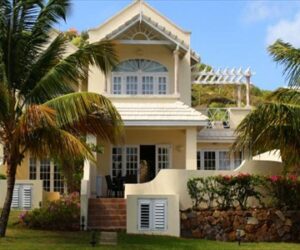 LTV054 The Harbour 7 is situated in the townhouse development of The Harbour, located in Rodney Bay within easy walking distance of Reduit Beach, the JQ's Shopping Mall and the many restaurants, bars and nightclubs of Rodney Bay.
more 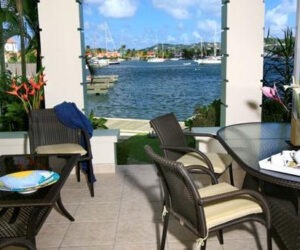 LTV057 The Harbour 17 is situated in the townhouse development of The Harbour, located in Rodney Bay within easy walking distance of Reduit Beach
more 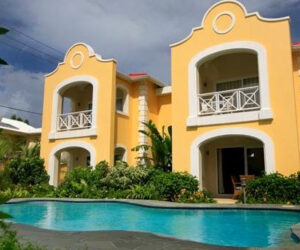 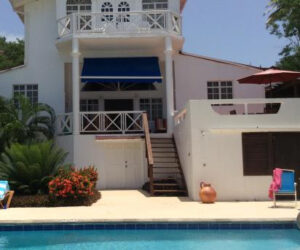 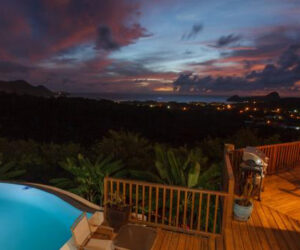 LTV080 Bella Vista truly lives up to it's name, enjoy stunning panoramic views out over Cap Estate, Rodney Bay and out to the Caribeean Sea.
more 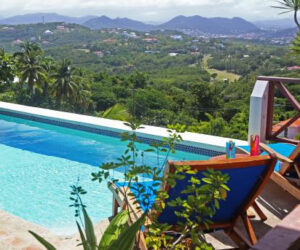 LTV020 Admiral's Quay #5 is situated in the townhouse development of Admirals Quay, which is situated in Rodney Bay within easy walking distance of Reduit Beach, shops, bars & restaurants.
more

On the West coast is Soufrier which is famous for the views of the world heritage site The Pitons and the world’s only drive-in-volcano, the other main area for villas .

If you’re wanting to stay in an apartment, then Rodney Bay in the North of the island is where you would want to be, in the popular Rodney Bay marina, where there is a diverse selection of restaurants and nightlife spots.

Make your holiday a fully ATOL protected one, by booking your 3 bedroom villas & apartments in St Lucia with your flights, we offer flights with Virgin Atlantic and British Airways.

Whether you are looking for your honeymoon or your family holiday, Fleewinter is the place to book. Give us a call for the best advice on how to use your time.

1. We guarantee our prices are the same as booking direct – we won’t be beaten
2. Everything you book with us is bonded so you have full financial protection
3. Closely monitored St Lucia villas and and apartments ensures you get the best service
4. Most importantly, you will get personal unbiased advice from a genuine expert and we’d love to give you a hand planning your trip. Call 0207 112 0019 for holiday ideas…

Rodney Bay is over a mile long with a man-made causeway at its northern end that connects Pigeon Island to the mainland and shelters the whole bay. Within the bay is a large, completely protected inner lagoon, accessed via a man-made channel between Reduit Beach and the town Gros Islet. At the Marina's complex there are restaurants, boutiques, banks with ATM facilities, public telephones, a supermarket, and a car rental agency. Fleewinter has a good selection of apartments & Boutique Hotels within walking distance from the marina.

Home to St. Lucia's main international airport, Hewanorra, and the island's second largest town, Vieux Fort is somewhat off the beaten track. Sporting one of the longest stretches of soft, sandy beach, this official port of entry offers a more unspoiled version of the island's charm. Anse de Sable Bay, on Vieux Fort's reef-protected Atlantic coast, is one of the Caribbean's finest windsurfing and kite-surfing locations, with the state of the art equipment for rent.

Established in the 18 th century, Soufrier is St. Lucia's oldest town and was the capital when France controlled the island. Home of the island's UNESCO World Heritage Site, Soufriere offers dramatic backdrops for visiting boats. Soufriere is an official port of entry. Anchorages can be found at Anse Chastanet, just north of Soufrier Bay, and off the Humingbird Beach north of Soufriere town. Modern and colonial buildings stand side by side; painted in pastels, many have pretty balconies with gingerbread fretwork.

North of Pigeon Point is Cap estate, an old 1500 acre sugar cane plantation. It is now dotted with some of the finest homes and rental villas in St. Lucia. Cap Estate is also home to an 18-hole golf course. We have a large selection of St Lucian villas in this area and is one of the most popular places to stay while holidaying in St Lucia.

North of Castries lies Pigeon Island National Park. This 44 acre site was once an island accessible only by sea. The causeway, joining Pigeon Island to the mainland was built in the 1970's. Grasslands, dry tropical forest and beaches are the geological interests of the park. It was once a British garrison used to observe the French activities in the neighbouring Martinique . Today Pigeon Island is the centre stage venue for the annual St. Lucia Jazz Festival. An interpretation centre tells the story of Pigeon Island. There are two restaurants on the island and a couple of quiet beaches. There is an entry fee to get into the park.

Gros Islet is the newest town in St. Lucia, having been recently promoted from a village to a town. It is the location of the Beausejour Cricket Grounds where one day test cricket is played, part of the 2007 Cricket World Cup was played there. It is the administrative centre of the Gros Island Quarter, a region of Saint Lucia which includes the island's northernmost point, Cap Point.

Marigot Bay is located on the western coast of the Caribbean island of Saint Lucia, 3.75 miles southwest from Castries and a short distance from the Saint Lucian National Marine Reserve. It is surrounded on three sides by steep, forested hills.

The inland portion of the bay forms a hurricane hole, used to shelter boats from hurricanes.

Marigot Bay is a historic landmark, having been the site of a number of battles between the French and British navies.

The bay was used as the setting for the 1967 film adaptation of Hugh Lofting's Doctor Dolittle books. Scenes of the shipwreck, Great Pink Sea Snail, and the construction of the harness for the Giant Lunar Moth were filmed in the bay.

The American novelist James A. Michener famously described Marigot Bay as "The most beautiful bay in the Caribbean."

Saint Lucia is the perfect destination, whether you're after romance, rejuvenation or adventure. A genuine, natural landscape of gorgeous palm-fringed beaches, miles of unspoiled rainforest and the majestic Piton Mountains, are sure to indulge every taste. Natural waterfalls, breath-taking views, friendly locals and authentic culture impress the most travelled individuals for a holiday with lasting memories.

The perfection of this escape should be shared. Tropical weather, welcoming accommodations, and unexpected adventures await all who travel to this paradise island. Romance can be found at upmarket resorts and intimate inns. Bask together under the Caribbean sun, sail into a champagne sunset, and cuddle beneath the vast starry sky. Discover new romance and re-spark old love over a candlelight dinner on a secluded beach.

For those planning a family getaway, you too can visit Saint Lucia. Enjoy on-site water parks, kids' menus and evening entertainment for everyone. Adventure seekers can surf and sail in the pristine waters. ATV adventures and rainforest zip-lining are family favourites. Relaxation isn't far off either with many resorts offering kids' activities so parents can enjoy a cocktail, a quiet hour together, or a couple's massage. Grab the kids, your partner and your sunscreen; this is a family holiday that everyone will enjoy. Please email us or phone us (0207 112 0019) for a chat about how to best use your time. 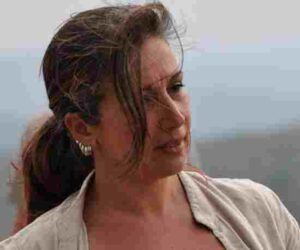