Marvel at over 3000 years of history. Climb the protective medieval city walls. Stay in the palace of a Roman Emperor. Catch a gig in the most well-preserved amphitheatre in the world. Party the night away in a fortress. Have a cooking class in an abandoned town. Go to the opera in a neo-baroque masterpiece. Croatia’s rich history and culture set the scene for truly unique experiences.

Croatia has a long and varied past, resulting in a rich history and vibrant culture. Croatia is a blend of East meets West. Of Roman and Venetian, Ottoman, Hungarian and Austrian influences. Monuments, landmarks and cities are steeped in culture, with remarkable examples of urban continuity, preserved architecture and colourful stories. Witness grand Austro-Hungarian buildings in Croatia’s capital, Zagreb. Enjoy Italian Mediterranean chic in Istria’s coastal towns and explore Roman historical sites throughout the country.

The well-preserved city walls in Dubrovnik circumnavigate almost the entire city. You can walk the walls for a window into the past and an amazing view over Dubrovnik.

The beautiful St James' Cathedral is unique as it built completely with stone, without brick or wood supports. 71 interesting heads appear around the outside of the Cathedral, said to be everyday 15th-century citizens but looking very like caricatures.

During this 3 day event, the city of Split is transported back to the time when famous Roman Emperor Diocletian paraded the city. Guests can expect drums, Roman music, street entertainers, a concert and dance program, and a rich gastronomic offer influenced by the times of Diocletian.

Pula Arena is the world's 6th largest and the best-preserved Roman amphitheatre in the world. Found in the Istria peninsula. It hosts a programme of events throughout the year.

This Classic Croatia Itinerary starts off in the underrated capital city of Zagreb and ends in Dubrovnik, the pearl of the Adriatic. You’ll enjoy all of the best bits along the way, including historic cities, UNESCO world heritage sites, beautiful nature, island pampering and experience local food and native wines.
more

For a small country, Croatia is packed with UNESCO protected sites and cultural heritage. In this 10-day Ultimate UNESCO tour, you will gain an appreciation for Croatia's culture and history. Starting in Zagreb and making your way through one UNESCO site after the next to Dubrovnik.
more 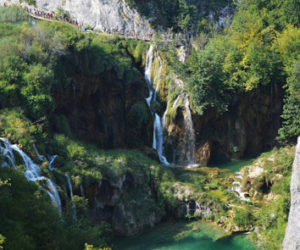 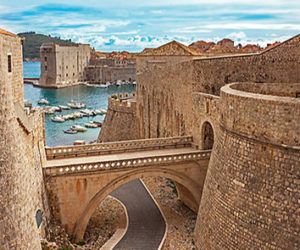 A charming, colourful Meditteranean coastal town, said to be the most romantic in Croatia and one of our favourites. Great for families. With beaches, watersports and the forests of the golden cape nature park, Rovinj is the perfect destination for Meditteranean charm, beaches and active pursuits.

The entry point to Istria and home to the world's 6th largest and the best-preserved Roman Amphitheatre, a unique venue with a seasonal programme of events.

A hilltop village in rural Istria surrounded by olive oil and excellent wineries. Off the beaten track you will find the Meneghetti wine estate, one of our favourite locations to experience rural Istria.

Croatia's vibrant capital consists of the upper town (old town) and the lower town. Often referred to as 'little Vienna' thanks to its architecture and cafe culture. The city is compact, has many parks and museums and nearby hiking on Medvednica, which also hosts a ski resort in the winter months.

The medieval fortified town with the iconic views from the top of the preserved medieval walls, overlooking the Adriatic. Accommodation options are within the walled old town or on the Lapad Peninsula, overlooking the protected bay.

Split is the second-largest city in Croatia and the largest in Dalmatia. A mix of modern urban life and ancient history. Home to the UNESCO world heritage site of Diocletian's Palace and complex, a city within a city, built by Emperor Diocletian at the end of the 3rd Century. Split is often seen as the entry point to the Dalmatian islands and has a lively palm-tree lined promenade and city beach.

Touted as the new St Tropez, Hvar is a glamorous luxury island off the dalmatian coast that attracts the yacht set in the peak months to the trendy bars and restaurants. Aside from the glitz, it is also steeped in culture and history with a number of UNESCO protected locations and traditions, such as the Easter overnight Pilgrimage.

An entry point to Krka National Park and to the Kornati islands. Sibenik is home to the Cathedral of St. James, a UNESCO heritage site.

A stunningly beautiful national park with 16 cascading emerald lakes and waterfalls to explore via boardwalks and trails.

Situated on the Krka river, the national park has lively waterfalls open to bathe in during the summer months. The lesser-known watermills and boardwalks of the upper lakes are also worth visiting.

Famous for the longest medieval stone walls in Europe and the world-class oysters farmed in the region. The surrounding Peljesac Peninsula is a famous wine region.

This small preserved town is known for its Baroque, Renaissance and Romanesque buildings. Set on an island connected to the mainland by a bridge. The whole town is protected by UNESCO.

Croatia may be relatively small but it has a lot to offer with diverse landscapes, historical sites, fortified cities, beaches and bays, national parks and islands.

Zagreb, the capital, is found inland in the northeast of Croatia. A green city with plenty of parks and gardens. An old town with quirky points of interest and Austro-Hungarian influences. The city has a nearby mountain hiking trail and ski resort in the winter.

The Dalmatian coast is a stretch of indented coast running from north of Zadar to south of Dubrovnik. Dalmatia is home to historic cities, stunning beaches and inlets, and islands accessible from the coast. Split is the largest city in Dalmatia and an entry point to the islands with regular ferries and catamarans connecting the mainland.

Istria is the heart-shaped peninsula in the north-west of Croatia. Surrounded by turquoise green seas and rural hilltop villages and vineyards. Istra is the perfect destination for foodies, with native wines to explore and the famous Istrian truffles, as well as local organic produce. Pula is seen as the entry point to Istria, an industrial coastal town and home to the world's best-preserved Roman Amphitheatre. The Istrian coast is lined with colourful Meditteranean towns, the most famous being Rovinj. The tip of the peninsula is home to Cape Kamenjak, a rugged nature park with pebbled bays, forests and caves.