Flights to the Philippines

Getting to the Philippines can be one flight away as Philippine Airlines flies non-stop from London Heathrow to Manila in around 14 hours. Many other carriers fly from London, Manchester, and Birmingham to Manila and Cebu via hubs elsewhere in Asia. International flights typically land late in the afternoon or evening. With few exceptions, flying onward within the Philippines will require staying the first night in Manila or Cebu.

While the choice of carrier is yours and should factor in connection times and price, we like Thai Airways and Malaysia Airlines for their earlier arrivals in Manila and Singapore Airlines for their evening departure from London. Emirates, Etihad, Qatar, Oman, Turkish, Cathay Pacific, and Virgin Atlantic and British Airways with the help of partner airlines, all fly to Manila with only one stop. To Cebu, we recommend Philippine Airlines, Singapore, Asiana, British Airways, and Cathay Pacific, each of which require one change of plane along the way.

Return flights between London and Manila or Cebu can often be found for £500 or less, although prices do rise significantly during the peak holiday seasons. At times we see fares drop to £300 although that’s often during rainier times of year. For flights to the islands that do not require an overnight stay in Manila, return fares can be closer to £900.

The bustling capital city is home to historic Intramuros and Rizal Park. Let us arrange a bicycle tour of the walled city so you can explore the narrow streets and learn about the nation's colonial past.

Ancient rice terraces in Batad, coffins mounted on a cliff in Sagada, the Cordillera is home to some of the most unique and fascinating bits of the Philippines.

Some of the best preserved Spanish colonial architecture in the world can be found in Vigan. Wander the cobbled streets, sample the Spanish-influenced cuisine, and relax in one of the city's historic boutique hotels.

Sink your toes into the white sands of Boracay. Grab a cocktail, take it easy, and watch the clear blue water lap against the shore. When night falls, join the parties of District Two or slip away to romantic Diniwid beach.

Chocolate hills, tiny tarsiers, Boholano art, beautiful beaches, and some lovely snorkeling and diving make Bohol one of our favorite parts of the Philippines. The gorgeous boutique resorts don't hurt, either!

The island of Negros is home to world-class diving off the coast of Dauin and on neighboring Apo Island. Waterfalls and adventure are just a day trip away from the university town of Dumaguete. On neighboring Siquijor settle in to the tranquility of an island known for sorcery and healing powers.

On the west coast of Negros you'll find Bacolod, the city of smiles. Sugar plantations in the area host historic mansions and in October, the streets come alive with the annual MassKara festival.

The gateway to Palawan, Puerto Princesa sits near one of the longest subterranean rivers in the world. Let us arrange a stay for you at a beachside hotel with mountain views just a short boat ride away.

When people refer to Palawan as the most beautiful island in the world, images of El Nido come to mind. Limestone cliffs jut from aquamarine water, lush jungle fills the interior, and the coasts are lined with dazzling beaches. Some of the finest resorts in the country dot the islands around this northern bit of Palawan.

For divers, the WWII shipwrecks of Coron are one of the highlights of the Philippines. Natural hot springs, clear blue lakes, isolated beaches, and a rather surprising game reserve and wildlife sanctuary make Coron a fun destination for divers and landlubbers alike.

The greatest variety of marine life in the Philippines is within Tubbataha Reefs National Marine Park; only accessible for diving mid-March to mid-June 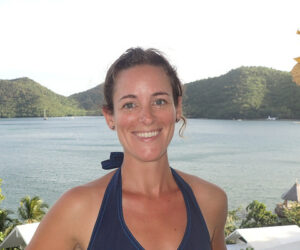 Have a question about holidays in the Philippines? Call Marbree on (UK) 0207 112 0019, or email marbree@fleewinter.com