Mauritius enjoys a warm and mild climate year-round, making it the perfect destination any time of year.

Summer (November to April): The weather can be hot and humid with temperatures ranging from 25-33 degrees C, with hottest temps from December-February. Rainfall is highest during January and February, however it’s typically a passing tropical-style rain and is usually a welcomed cool-down. Cyclone season is January through March and while they don’t occur every year, potential heavy rainfall should be considered, if you’re planning to travel during this time.

Winter (May to October): Temperatures are more mild and dry during these months with average highs of 24 degrees C. We recommend avoiding the east and south coast during July and August as trade winds can be quite strong.

September-November are optimal months to visit. Temperatures are warm, humidity and rainfall is at it’s lowest, and it’s ‘off season” so you will find great value at top resorts.

“High Season” (November to early January): Most popular tourist months given the holidays and desire to escape the European winter. .

The bustling capital of Port Louis is located in the north west side of the island. It's lovely waterfront location is the industry center and where you can enjoy the vibrant markets. Everything from veggies, meat and textiles can be found from hundreds of local vendors.

This seaside village and large tourist beach is popular for its liveliness both day and night. The beach is ideal for swimming, sailing, and other water sports. The town offers an array of fashion and craft shops as well as discotheques.

Located on the west coast, Flic-en-Flac is one of the island's most popular beaches and offers a lovely seaside village. The town is smaller than Grand Baie, but offers a variety of local cafes, shops and nightlife.

This is a definite a 'must see' on the island. The scared lake, also known as Ganga Talao, represents the holy Ganges river of India. It's tucked away in the mountains of the South West surrounded by colourful Hindu temples and gods.

This natural phenomenon is a vibrant display of lava oxidation over thousands of years; it’s a brilliant sight of majestic orange and red layered earth. In Chamarel, you can also visit a flowing waterfall and enjoy the agricultural land where sugarcane and pineapples grow on the countryside.

This 18-hole championship course is home to the "Johnnie Walker Classic" and to the Mauritius Open championship tournaments. It's designed by South African champion, Hugh Baiocchi, and is located along one of the most superb beaches on the island.

Mauritius can be explored from a single location and there are plenty of opportunities for adventure in its lush, rainforest-covered interior. If you can drag yourself away from your beach-side hammock, hiking trails in the Black River Gorges National Park take you past tumbling rivers and frothing pools to panoramic, breathtaking viewpoints.

You can also visit the surrealistic, seven-coloured sand dunes at Chamarel, explore the Grand Bassin of Ganga Taloa (a freshwater lake held within the crater of an extinct volcano), and visit historical sugarcane mills. Or, for a gentler day trip, a catamaran will take you to one of the many uninhabited neighbouring islands.

Mauritius' people, who are native English speakers, are among the friendliest and most charming you will ever meet, and many different religions and ethnicities live together in complete harmony. The island is safe and peaceful, so you totally relax into your holiday.

To top it off, the perfect, year-round weather means there is no bad time to enjoy this magical little island.

40% discount for new bookings through July 02, 2018 (travel dates now through December 25, 2018) This five-star luxury resort and villas is is tucked away on the pristine East Coast.

Enjoy 40% discount on Private Pool Villas for all new bookings through Sept 30th. Valid on travel through October 31, 2018 .

Maradiva is a 5-star luxury resort on the stunning beach of Flic-en-Flac. 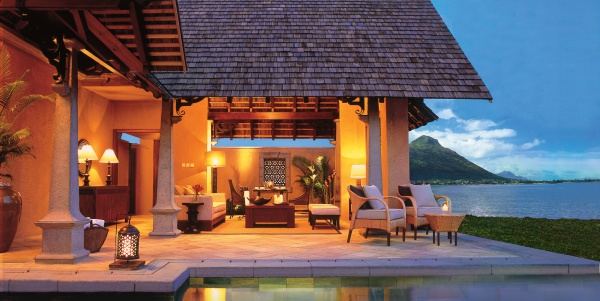 The Oberoi is a 5-star luxury boutique resort on the North Coast. 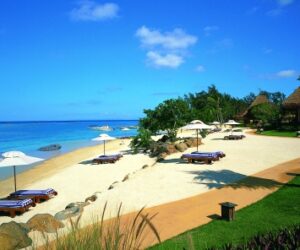 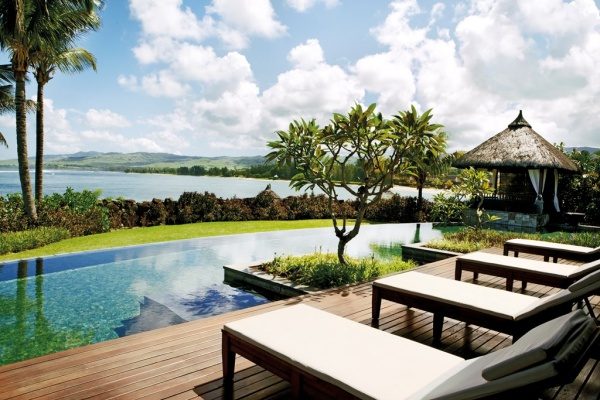 The Sands is one of our best sellers, a stunning 4-star boutique resort on the immaculate beach of Flic-en-Flac on the West Coast.