On the whole, India has become incredibly accessible due to a great variety of international flight routes that are often direct, reasonably priced and at a convenient time. Outbound flights are normally overnight landing in to India around breakfast time, and inbound fights normally depart in the morning, landing the same day in to the UK, around early evening.

From the UK several major airlines, including British Airways, Virgin Atlantic and Air India, fly direct into a number of main airports in India, including Delhi, Mumbai, Chennai, Bengaluru and Hyderabad. Direct flights mainly depart from London, but the some airlines will fly direct from other regional airports in the UK.

To fly from regional airports in the UK or to reach other cities in India that you are unable to fly directly in to, such as Kochi and Kolkata, several major airlines, including Emirates, Etihad, Oman Air, Qatar and KLM, offer convenient routes that have one stop en route to your final destination.

Price wise, there are great deals to be found on flights to India. Often, an online flight search engine will show return flights with reputable airlines costing around £500 even during high travel season (Oct – Mar), particularly when booked in advance. At more expensive peak travel times, such as Christmas and New Year, flights can be closer to £700-£900.

The gateway to many north India trips, Old and New Delhi are full of history and charm and it is an exciting place to explore.

Agra is home to one of the most iconic buildings in the world, the Taj Mahal. Visiting this monument at sunrise is a truly magical once in a lifetime experience, and one that must not be missed.

The capital city of Rajasthan, Jaipur is a riot of colour and rich in fascinating history. Stroll around the magnificent Amber Fort and marvel at the intricate facade of the Palace of the Winds.

Search for the majestic Tiger and enjoy the peaceful landscape of rural Rajasthan. Fantastic accommodation options and a high population of Tigers makes Ranthambore a brilliant addition to north India tours for wildlife enthusiasts!

The blue hue of the city's old town, imposing Mehrangarh Fort and bustling markets makes Jodhpur one of the most colourful and characterful cities in Rajasthan. A selection of properties ranging from rustic traditional Haveli's to luxurious palaces make for a wonderful stay. The Blue City is the perfect backdrop for atmospheric photographs, so be sure to keep your camera handy!

Known as The Golden City, and for good reason. Jaisalmer city and Fort rises out of the honey hued sands of the Thar Desert, and along with elaborate and intricate architecture it is one of the most atmospheric cities in north India. A camel ride into the surrounding dunes for a night under the stars completes the magical experience.

The romantic lake-side city of Udaipur has a more relaxed pace than other cities, so is the perfect last stop on any Rajasthan tours. The picturesque Lake Pichola, the iconic Lake Palace, seemingly floating in the water, and the stunning hillside as the backdrop create the perfect setting for a lazy evening, cold beverage in hand, watching the sunset.

Vibrant and exciting, Mumbai is a city of extremes. The home of Bollywood and the rich and famous, it is also home to one of the largest slums in Asia, Dharavi. A tour around Mumbai highlights the iconic monuments and rich culture, and gives a wonderful opportunity to get under the skin of the city and gain an insight into local life.

Beaches lined with colourful shacks, golden sands, tropical Palm Trees and a relaxed, bohemian vibe is what you can expect to find in Goa. Head to north Goa for more of a buzz, central Goa to explore the relaxed capital of Panjim, and the less built-up south for a little more seclusion and peace.

Relaxed and historic Fort Cochin is a wonderful place to explore, enjoying the beautiful sights of the Chinese fishing nets, colourful fishing boats lining the shore, coconut stalls sitting under the dappled sunlight and, if you're lucky, the odd sighting of the river Dolphin.

Travel inland from Kerala's tropical coast and you discover the hill station of Munnar, nestled within lush green tea plantations and breathtaking scenery. Spend your time walking through the country side and enjoying the view, learning how tea is picked and processed and gaining an insight into the local way of life in the hills.

Thekkady is the location of Periyar National Park, a must for wildlife enthusiasts visiting Kerala. Enjoy Jungle treks into the park and keep your eyes peeled for Sambar Deer, Giant Squirrels, Monkeys and Wild Boar amongst impressive bird life.

Experiencing life on the backwaters is often a highlight of trips to Kerala. Drift down the waterways on a traditional Houseboat, or choose from a number of wonderful properties to stay in to enjoy this serene way of life, a total contrast from Indian cities.

The beautiful and peaceful Marari Beach is a wonderful way to end a trip in Kerala, relaxing on the vast golden sands and dipping your toes in the warm Arabian ocean. The setting of Kerala's tropical coastline is the perfect relaxing end to a tour of this region where you can just enjoy the surrounding nature.

The Andaman and Nicobar Islands

You can expect to find stunning white sand beaches, azure waters, world class diving and exotic jungle on these remote islands in the Bay of Bengal. It can be a little more of a challenge to reach the islands, but it is more than worth it for the secluded tropical hideaway that awaits.

The alluring rainforest covered mountains of Wayanad are spectacular and a must for nature lovers. Home to coffee and spice plantations, it makes a wonderful scenic change from the exotic beaches and tranquil waterways found on the coast of northern Kerala.

Nileshwar in northern Kerala is home to a beautiful coastline and peaceful waterways. Less touched by tourism than elsewhere in India, visitors to this region benefit from an off the beaten track experience of traditional houseboat cruises and village life on the waters edge.

Located on the banks of the sacred River Ganges, Varanasi is one of Hinduism's seven holy cities. An incredibly spiritual, historic and culturally rich city, a visit to Varanasi never fails to be a memorable one. Witness daily rituals on the water's edge and navigate the tangle of narrow lanes weaving through the city, too narrow for cars to pass through.

Lucknow is the capital of Uttar Pradesh and full of magnificent architecture and fascinating history. The city is also very well known for it's delicious cuisine, unique to the region. 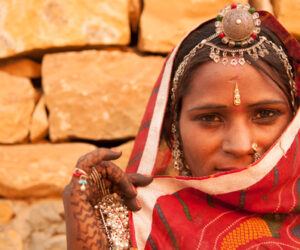